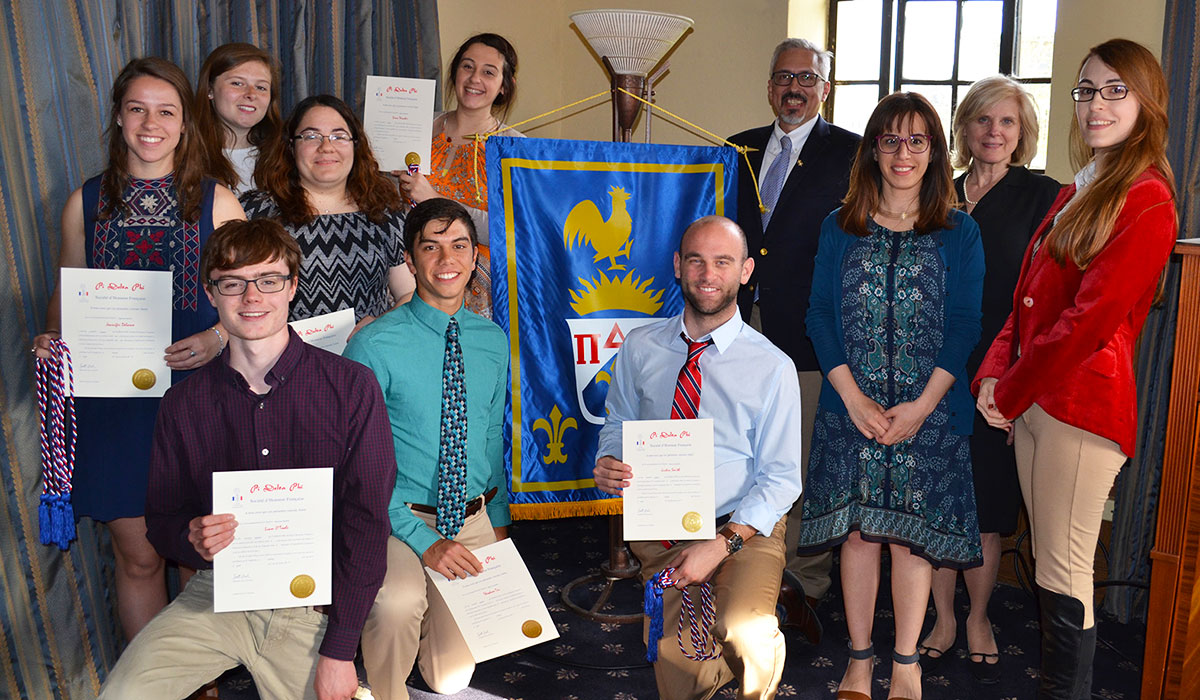 Pi Delta Phi, the national French Honor Society, seeks to recognize outstanding scholarship in the French language and its literatures. Pi Delta Phi aims to increase American knowledge and appreciation for the cultural contributions of the French-speaking world while also stimulating and encouraging French and francophone cultural activities.
The 364th chapter of the Pi Delta Phi National French Honor Society--Omicron Epsilon--was installed on 24 April 2012 at The Catholic University of America in Washington, D.C.
The eligibility requirements for all undergraduate students are:
The eligibility requirements for all graduate students are:
Students are invited to submit their credentials for membership through this form

See the Pi Delta Phi website for more information and to learn about scholarships available to its members.
NOTE: Memberships applications suspended spring 2021 until further notice due to the National organization database problems
.