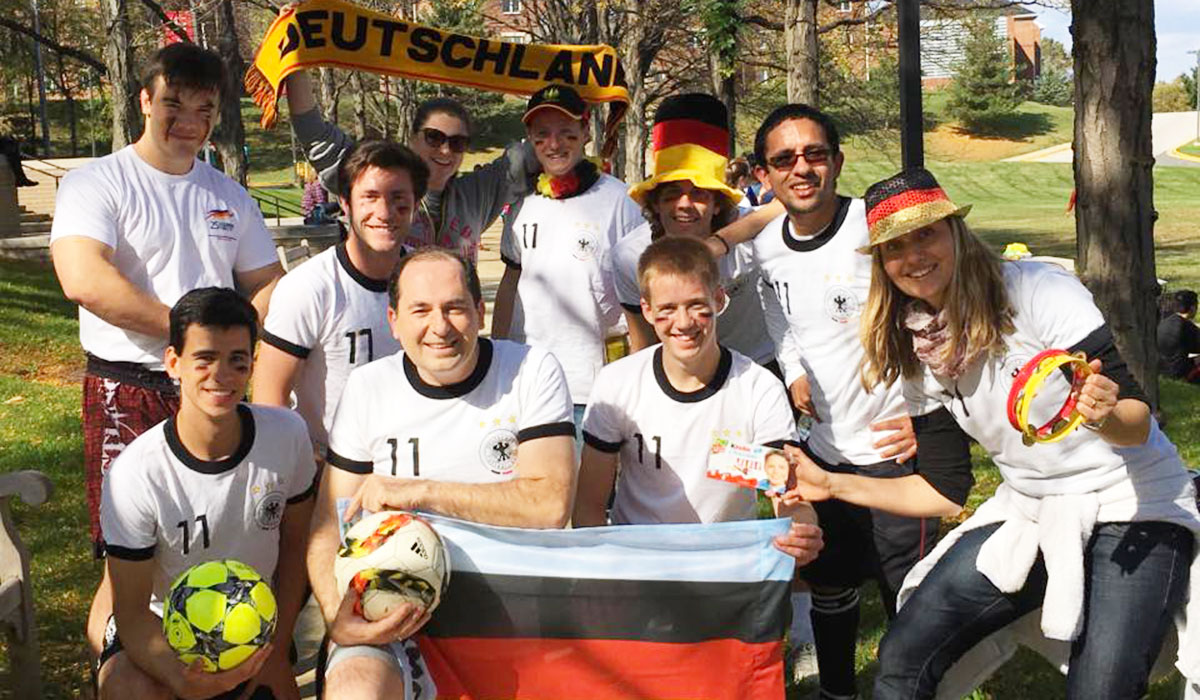 The German Club is very active and has a lot of fun! Around 50 members participate in club activities, such as the “Fall of the Wall” party and our annual successful Grillfest. German Club hosts a conversational coffee hour, Kaffeestunde, film nights, often with pizza! Other activities include attending German Mass, trips to the “Film Neu” film festival, presentations at the Goethe Institut and the embassies. We also play in the annual CUA World Cup.

END_OF_DOCUMENT_TOKEN_TO_BE_REPLACED

We were selected from universities all across the nation to be a Do Deutsch! campus in partnership with the German Information Center, a branch of the German Embassy. We learned the art of graffiti from the German artist Scotty76. held a karaoke event with German pop and rock music, and attended concerts of German composers and artists at venues such as the Kennedy Center for the Performing Arts.

German Club meets weekly at Starbucks in the Pryz to drink coffee and speak German! Speakers of all levels welcome. Check home.cua.edu for the most up-to-date time.

We visit local embassies and museums to experience German-speaking cultures first-hand in Washington. Below we’re at the Döner Bistro enjoying German-Turkish food. Also check our cultural immersion activities for the chance to experience an interactive event in German.

German Club is committed to helping our local community both on and off-campus. We have taught children soccer and read Grimms’ fairy tales, raised money to fight cancer through the campus Relay for Life event, and below we are helping the recycling program at the National Cherry Blossom Festival.